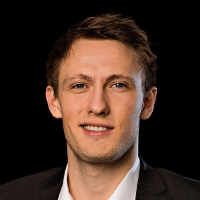 Sub-Saharan Africa has been a growing destination for medium/long-term (MLT) export credit for a long number of years, with increasing commitments from Berne Union Members in support of transportation, infrastructure and other critical development projects. More recently, the profile of African business has evolved and today it includes also a significant proportion of short term export credit (ST) cover as well.

While its use has been increasing in the region, ST export credit is still accounts for much smaller volumes in Sub-Saharan Africa, than MLT (South Africa, and to a certain degree Nigeria and Cote d'Ivoire, are exceptions to this).

Yet, if one disregards ST export credit and focuses on longer tenor commitments, Sub-Saharan Africa is the region that has experienced the largest growth in commitments over the last five year (2016-2020).

﻿Outstanding commitments to the region by BU Members were USD 182 billion at the end of 2020. Sub-Saharan Africa is a vast continent, and each country is unique. Angola, a country blessed with natural resources, had the most commitments in the region with USD 26 billion outstanding in 2020, followed by South Africa, the second largest economy in the region, and Mozambique, one of the largest recipients of foreign direct investments in Sub-Saharan Africa over the last five years.

As already alluded to, large and crucial transportation projects have a big presence in Sub-Saharan Africa, why it is no surprise that Transportation, by large, is the biggest sector supported by BU Members in the region with USD 40 billion outstanding commitments in 2020. The second largest sector supported by BU Members is Natural Resources with USD 24 billion outstanding commitments in 2020. Thereafter, Energy commitments make up the third-largest share of exposure with USD 17 billion in 2020.

﻿Sub-Saharan Africa was, like the rest of the world, greatly afflicted by the COVID-19 pandemic in 2020. This is visible in the data where claims paid are recorded to have increased by almost 50 % compared with the previous year, to reach USD 764 million in 2020. While there were no claims paid related to PRI, MLT claims almost doubled last year. Zambia, struggling with high debts and risk of default, was the only country in the region that saw claims paid over USD 100 million in 2020. However, due to the large commitments by BU Members in Zambia, this only corresponds to a loss ratio of 1.1 %. Congo (Brazzaville), South Africa, Tanzania and Nigeria followed w

Looking at the Claims Ratio Map of Sub-Saharan Africa (here claims ratio is defined as claims paid / outstanding commitments), it should first be noted that around 80 % of the countries had a claims ratio below 1 %, even in such a tumultuous year as 2020. Sudan is notable, having a claims ratio of 8.9 %, as a result of USD 22 million MLT claims paid in respect of commercial risk for Infrastructure. Cabo Verde and Congo (Brazzaville) follow, with claims ratios of 3.8 % and 3.6% respectively. Claims paid in Cabo Verde were, unlike many other countries, related to ST export credit, while claims paid in Congo (Brazzaville) were mainly MLT claims related to political risk.

On the other side of a unique year, Sub-Saharan Africa will continue to be an attractive and important destination for BU Members. In recognition of this we have launched a working group to enhance information sharing and education on the wide opportunities and best practice for risk underwriting in this immense continent.