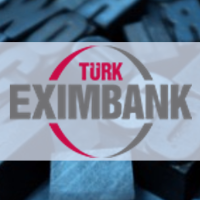 The Turkish Government has adopted the African Initiative in the early 2000s. As a result of this Initiative, bilateral trade between Turkey and the Continent as well as the operations of contracting companies has increased significantly. Today, the trade volume has reached 23 billion USD from a merely 3.6 billion USD.

As for the Turkish contracting services, Africa’s share is around 17% of the total volume of 428 billion USD, corresponding to approximately 72-73 billion USD.  As the sole official Export Credit Agency of Turkey, Türk Eximbank has acted as an important policy tool in supporting Turkish overseas contractors’ operations in Sub-Saharan Africa.

Türk Eximbank’s first transaction in Sub-Saharan Africa dates back to 2005 which was the construction of a bridge in Sudan by a Turkish company. Many important superstructure and infrastructure projects such as inter-city railway, water projects, stadium, sports arena, business hotel, expo center, conference center with various amounts in countries on both East and West side of the Continent, including Ethiopia, Ghana, Cameroon, Senegal followed in the following years under International Loans Program, which is a buyer’s credits scheme.

Amongst those transactions, the railway project in Ethiopia became the largest single transaction Türk Eximbank has ever financed up to now, where the financing package also involved an eminent international commercial bank as well as leading ECAs from Europe.

Türk Eximbank’s support to Africa has reached 1,3 billion USD and it makes up approximately 40% of the overall support provided under the Buyers’ Credit since the inception of the program. All the mentioned support Turk Eximbank has provided in  Africa is in the form of direct loan to sovereigns or under sovereign guarantee.

Moreover, the Bank opted to use innovative solutions to manage its exposure and to overcome risk concentration in certain countries.  For instance, we have collaborated with ICIEC in member African countries through ICIEC’s Non Honoring of Sovereign Financial Obligations Policy which guarantees the repayment of the loans allocated to sovereigns in Africa.

On the other hand, Türk Eximbank gives utmost importance to increase its activities in Africa by pursuing international cooperation and collaborating with prominent financial Institutions.  Turkey is already a shareholder of African Development Bank and Türk Eximbank  widens its network by cooperating with different African institutions such as Afreximbank, Trade Development Bank, Ecowas Bank, African Trade Insurance.  Cooperation means come in different forms, from risk sharing to the extension of credit lines to be used for the financing of Turkish exports.

The Bank also cooperates through reinsurance agreements signed with other eminent ECAs around the World, such as US Exim, UKEF, Bpifrance, OeKB, MEHİB, EKF, EKN.  These agreements are ideal to increase the levels of support as EPC contractors make their procurement from several countries due to GVCs which necessitates ECAs to join forces. All these agreements also aim to form partnerships in Africa.

Although our repayment experience in Africa have generally been positive, some of the borrowing countries in Africa have chosen to benefit from the DSSI Initiative as a result of the Covid-19 Pandemic. The negotiations between governments are going on regarding the restructring schemes.