Spillover effects of the Ukraine crisis: How to approach political risk insurance in times of brinkmanship

Luca Moneta from Marsh Specialty investigates how political risk insurance can be approached amid the ongoing effects of the pandemic, geopolitics and the evolving Russia/Ukraine crisis. 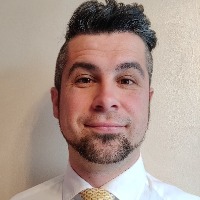 Political instability, prolonged effects of the pandemic, the Russia/Ukraine crisis, uncertainty over the economic and regulatory trends in China, and the impact of international sanctions could severely challenge the bankability of projects and aggravate capital flight.

In 2021, these factors have diverted foreign direct investment (FDI) towards developed rather than developing economies (see Figure 1). Marsh’s Political Risk Report 2022﻿ predicts a deterioration of the business environment in regions where the social and economic gaps already exist – such as Africa and Latin America – with effects on civil commotion and political stability. In parallel, early warning signs suggest potential fractures, even in countries distant from the current crisis and generally considered relatively resilient, including China and several Tiger Cub Economies[1].

Figure 1: Developed economies showed the highest growth in FDI in 2021

Rising prices across the full spectrum of politically charged commodities, including food, could spark public anger and sudden government policy changes, potentially triggering contract frustration and expropriation-like events. As the Ukraine crisis threatens food and energy security, countries most dependent on imports could suffer significant setbacks. With the pandemic not entirely behind us and environmental conditions under stress, this pressure is becoming a reality, particularly for countries that were looking for strong economic recovery to reverse recent social and political challenges.

Trade financing, payment-processing problems as a result of sanctions, and self-sanctions by businesses will likely impact countries that have strong economic ties with the West. This includes Brazil, the main market for Russian fertilisers and a strategic supplier of agricultural goods, as well as many Asian markets including India, Pakistan, Thailand, Japan, and China, given their reliance on energy imports (see Figure 2).

Reduced supplies from Russia and Ukraine may result in a sudden short-circuit along supply chains, including automotive, chemicals, infrastructure, and real estate sectors. Global supply may be further limited as countries move to reduce exports of strategic goods as a means of controlling inflation. Preexisting external vulnerabilities and an increase of internal violence – including strikes, riots, and other incidents linked to access to resources and redistribution of benefits to the local population – could lead to a reduction of insurers’ appetite, creating financing bottlenecks, and threatening the overall bankability of projects.

The search for new, diversified suppliers of strategic materials to support the energy and technological transition may result in fresh investment flows for countries with both limited stability and little capacity in order to handle the amount of investment and operations required (see Figure 3). Apart from China and Russia, several of the sovereigns that are likely to emerge as incremental suppliers were rated B or lower, even before the current crisis, and/or possess a country risk category that could make the cost of financing excessive or further complicate their fiscal position in the short- to medium-term.

These considerations apply to a number of countries that need to be tested as a valid alternative, including the following sectors/materials:

Figure 3: Control of essential materials for the energy and technological transition sits with a limited number of countries

While the combination of the pandemic, supply shortage, and the Russia/Ukraine crisis has produced a number of short term effects, long term outcomes remain the biggest challenge for the insurance industry and its ability to enable much-needed trade and project financing, and shape the trajectory of developing economies towards a full recovery.

The benefits of PRI insurance

Political risk insurance (PRI) can provide financial security for businesses making investments in foreign countries, helping to protect them against monetary losses stemming from government actions. Although PRI has been available for several decades, efforts to quantify its value are new. A recent study by S&P Global, commissioned by Marsh, evaluates the potential benefits of this type of insurance as an enabler and mobilising force for overseas investments.

By considering the impact of political risk insurance on the country risk premium that is applied, S&P Global found an improvement in both the NPV and IRR of investment projects in developing economies. As a consequence, investments which may previously have fallen out of scope were considered bankable.

With the impact of PRI being better understood, we expect greater interest in the product from several sectors, particularly non-banking financial institutions that have historically been sporadic users of private market political risk and credit solutions.

[1] ‘Tiger Cub Economies’ refers to Indonesia, Malaysia, the Philippines, Thailand and Vietnam, as they attempt to follow the same export-driven model of technology and economic development already achieved by the rich, high-tech, industrialized, and developed countries and wealthy financial centers of Hong Kong, Singapore, South Korea and Taiwan, which had all been collectively referred to as the Four Asian Tigers.