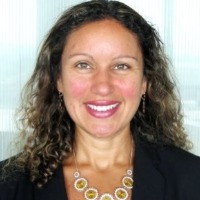 Renewable energy will be a key driver of the recovery effort in Africa, as the continent aims to ‘build back better’ and support cleaner energy sources. The private sector is a vital element of this recovery, and private-sector led growth has an important role in Africa’s economic transition and energy transformation.

MIGA has historically been a major part of this growth. MIGA’s current portfolio in Sub-Saharan Africa is $6.4 billion, with 50% of that amount in the energy sector alone. MIGA is supporting 92 projects in 29 member countries. Much of this exposure, in particular in the last five years, is in the energy sector.

In the past, MIGA’s main source of energy projects were independent power projects (IPPs), many of them in the renewable space. Notable project examples include Bujagali hydro in Uganda, Nachtigal hydro in Cameroon, Taiba Ndiaye wind and Scaling Solar in Senegal, Ghoubet wind in Djibouti, Tulu Moye geothermal in Ethiopia, and Salima solar in Malawi. These projects rely on offtake payments from the state utility and MIGA’s Breach of Contract cover provides a form of credit enhancement to backstop these obligations.

However, many African utilities are struggling with various issues including financial viability, lack of adequate planning leading to oversupply, and severe non-technical losses. The World Bank Group has been working on various initiatives for power sector reform to address these issues and make IPPs in these countries more attractive to the private sector. These reforms will take months, sometimes years, to be implemented, but in the meantime the energy access problem cannot be ignored.

As such, MIGA has in recent years looked towards alternative sources of energy generation to address energy access. This includes off-grid, captive power, and mini-grids. Various models have rolled out and are continuing to grow on the continent, fuelling a new industry that is not reliant on utility payments but utilises a private offtake/consumer approach.

For example, in December 2020, MIGA issued guarantees of $25.6 million to Escotel Mauritius covering its investments in solar power generation in Sierra Leone and Liberia. The ‘Escotel’ model is based on an energy services contract to telecoms companies, in this case Orange Telecom. MIGA’s guarantees will support the provision of electricity and logistical services to power existing and future cell phone towers, called telecommunication network sites (TNS), in Sierra Leone and Liberia. The Escotel projects will be providing power through considerably more efficient and climate-friendly power solutions by installing photovoltaic solar panels at each TNS that will either supplement or replace entirely the diesel generators. This will allow the telecommunications operator to modernise and expand the scope and quality of its services and will have a significant impact, as providing power to TNS currently represents about 50 percent of the total operating costs due to unreliable supply and heavy reliance on expensive diesel generators. Escotel hopes to replicate this model in other markets in Africa, and MIGA is currently finalising its third such guarantee in the DRC.

Given the increasing importance of telecommunications and the digital economy in light of the COVID pandemic, these projects not only help bring cleaner energy to these fragile markets, but also assist with a vital and growing sector of the economy.

As another example, in October 2020 MIGA issued guarantees of $36.9 million to a private equity fund managed by African Infrastructures Investment Managers (AIIM). The guarantees cover the funds’ loans to BBOXX Capital in Rwanda, Kenya and DRC. An additional guarantee of $6.1 million was issued to FEI-OGEF LP of Mauritius to cover its loan to BBOXX DRC.

MIGA’s guarantees will strengthen BBOXX’s operations by expanding the company’s delivery of off-grid solar energy. This will significantly improve economic opportunities in rural areas with low rates of electrification. Increased electrification reduces the burden of collecting traditional fuels and indoor air pollution, both of which disproportionately affect the health and productivity of women and children. The projects will have climate mitigation benefits by replacing household use of kerosene and biomass for energy generation, and by using LPG as a clean cooking fuel. The project will result in an offset of nearly two million metric tons of CO2e across Rwanda, Kenya, and DRC.

BBOXX operates as an ‘energy as a service’ business, offering its customers installation at their premises by a trained technician as well as after-sales services. BBOXX has over 63,000 customers in Rwanda and 9,000 in DRC, with operations centred in the fragile province of North Kivu. BBOXX provides high quality jobs to 190 employees, including skilled positions for engineering graduates and job training for all functions.

These are just two examples of alternative energy generation models that have strong developmental impacts as well as climate benefits.

A third and fast-growing model is for mini-grids, which supply power to homes, small businesses, and industry – particularly in areas beyond the reach of the main grids. As the costs of mini-grid components such as solar and battery storage technologies decrease, solar mini-grid solutions are becoming more economically viable. Consequently, many African governments, including DRC, Ethiopia, Kenya, and Nigeria, are prioritising mini-grids as part of their national electrification plans, complementing grid extensions and solar home systems.

MIGA has begun working with some of these mini-grids developers, for example Nuru in DRC, as it is clear that there are many regulatory challenges that require de-risking instruments. Concerns regarding tariff regulations and adjustments, grid encroachment, and other regulatory risks need to be addressed to provide private investors with comfort as these investments scale up. IFC is leading this engagement with its ‘Scaling Mini-Grids’ initiative, and working alongside MIGA and the World Bank, is aiming to create an enabling environment to tap the enormous potential of mini-grids on the continent, which according to the International Energy Association can reach up to 30% of the population by 2030. Much work is still to be done in this area but the increased attention of the international DFI community, donors, and the private sector can make it a reality.

Utility scale power will always be a backbone of energy generation, and off-grid, mini-grid and captive power can never be a complete substitute for reliable grid-connected power. However, these alternative sources of energy generation are and will continue to play a crucial role in filling Africa’s energy access gap of nearly half of its population.

The risks associated with these kinds of projects are quite different from those in IPPs. For example, MIGA cannot provide any kind of guarantee for private offtake, thus the demand projections must be viable from the start. But there are other more nuanced risks, in particular in the regulatory space, that PRI providers like MIGA can help offset.

Working with our sister institutions of the World Bank Group as well as development partners across the globe, MIGA has begun helping unlock these alternative energy access sources to help close the energy gap and bring more clean energy to the continent.