Changes to the rules on local content within ECA-backed export financing is just one of the amendments to the OECD Arrangement the market has been calling for. April's increase in the local content percentage rule looks set to give the export finance community the fillip it needs 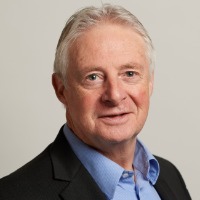 The decision taken by the OECD in late April to change the rules on local content percentages in export credit agency (ECA)-backed export credit transactions has been warmly welcomed by the export finance community.

Under this change to part of the OECD Common Arrangements for Export Credits (the Arrangement), the OECD is raising the limit on the amount of local content in a project that may be covered by ECAs. The portion of the so-called export contract value (ECV) – all products and services produced outside the buyer’s country – allowed for local costs has up until now been limited to 30% of the ECV. But, from the end of April 2021 the OECD has declared this will rise to 40% of the ECV if the buyer is located in a high-income country (category 1), and 50% of the ECV in the case of low-to-medium income nations (category 2).

Commenting on this development, Henri d’Ambrieres, Principal at HDA Conseil, says: “Exporters, importers and banks have been waiting for this for a long time! Through increased covered local costs, export credits will promote a more sustainable development. They will better support the delivery of local goods and services, and hence local employment.”

“Exporters, importers and banks have been waiting for this for a long time! Through increased covered local costs, export credits will promote a more sustainable development. They will better support the delivery of local goods and services, and hence local employment."

This change is just one of the amendments to the Arrangement that many in the export finance community have been hoping for and pushing for some time. Many believe that it will be particularly helpful with projects and infrastructure deals where construction services and the like can easily be sourced locally. It could also increase the pipeline of ECA-backed deals in emerging markets where increased employment and the transfer of skills are very much in demand. The change also reflects the reality of today’s complex global value chains and the multinational sourcing in large infrastructure projects.

“Large export projects today aren’t just about big machines being assembled in one country and then shipped off to another. Instead, services and components are more likely to be sourced from a host of suppliers, not just in the export and import countries, but in third countries too. Project owners and chief contractors are often multinational EPCs based in a third country,” says European Commission Policy Officer Barbro Carlqvist.

In a statement, Sweden's export credit agency EKN said: "Today’s global and increasingly complex supply chains have triggered calls for a more relaxed view and an increase in the portion of large export projects that may be used to cover local costs through an export credit instrument."

Steven Gray, head of export finance – West Africa at UK Export Finance says: "The update of local content rules is welcome and recognises the localisation requirements we see in many developing markets and helps close the funding gap on projects that invariably have high local content costs such as roads."

Craig Weitz, principal – export finance, Nedbank, states: “The difficulty is often in financing the commercial tranche of a project, which is often comprised as the portion of the project content that is not eligible for ECA cover. My hope is that by increasing the local content percentage the amount of commercial funding that might be required for certain projects will decrease. But also I think the change in local content ruling will help crowd in and develop local skills on the African continent through sub-contracting a greater part of an ECA-backed project to local companies.”

Lori Helmers, executive director at JP Morgan, states: “This is a very positive development in this space. It will benefit large infrastructure projects where local content could be increased by local sub-contractor partners who are engaged in these projects. So it is a huge benefit for borrowers as well as the host country.”

Dario Liguti, chief large corporate underwriting officer at Italian ECA Sace, says: “We have been very supportive of this change because we have seen a general shift over the years in terms of importing countries wanting to have a larger say in supporting their economic developments. So it is understandable that this has been on the cards for some time now.

“The fact that the OECD has now decided to move on and accept this change is a recognition of how exports and trade flows have changed over the last few years. You have a bigger role for local counterparts – on one side it is by design from governments, but in addition now many companies have global spread and have subsidiaries in places where they have a lot of business and they want those subsidiaries to be beneficiaries of exports from the exporting country.

“From that perspective, the new ruling helps. At times in the past local content stipulations have been above the OECD limit, so this new ceiling will help in closing transactions especially in the more difficult countries, and in an easier way. So it should help us increase our role in these transactions.”

A much bigger range of products and services is certainly now available locally in many emerging markets, so local content rules have needed changing for some time. And in some countries, South Africa – for example, localisation requirements tied to certain import contracts have grown dramatically. However, there is some concern that in such markets localisation requirements/demands may actually have outgrown local capacity. Nevertheless, the changes to local content provision also helps to balance competition between OECD-based exporters/ECAs and those from non-OECD markets, and this is also welcomed by many.

Anne Crepin, deputy head of export credit, at the French public development bank SFIL, also comments positively on the change to local content provision: “This is very good news for all the export finance community, exporters and borrowers. It takes into account a significant evolution of international projects with borrower countries’ willingness and growing capacity to have a larger implication in projects developed in their home country. It will allow export credit to bring a more comprehensive support. It is an important first step in restoring level playing field with non-OECD or untied facilities, we hope it will be followed by other steps in this direction.”

The OECD Arrangement is a ‘gentlemen's agreement’ amongst its participants: Australia, Canada, the countries of the European Union, Japan, New Zealand, Norway, South Korea, Switzerland, Turkey, the UK and the US. The Arrangement first came into existence in 1978, building on the export credit ‘Consensus’ agreed among a smaller number of OECD countries in 1976. Since then, it has been regularly developed and updated to reflect participants’ needs and market developments.

To this end, the Arrangement places limitations on the financing terms and conditions (repayment terms, minimum premium rate, minimum interest rates) to be applied when providing officially supported export credits as well as on the use of tied aid by the participants. The Arrangement contains various transparency provisions among participant to ensure that these limitations are effectively applied.

The Arrangement applies to all officially supported export credits with a repayment term of two years or more.