Africa’s economies are recovering faster from the pandemic than many had initially anticipated. But much more international support and debt relief will be needed to ensure a sustainable recovery and avoid worse debt distress 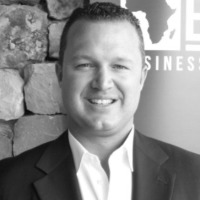 One year ago, at the onset of the pandemic and amid Africa’s only full hard lockdown, the projections for the world’s most vulnerable continent ranged from depressing to the catastrophic. Indeed, in 2020 Africa fell into its first economic recession in 25 years and recorded its worst annual contraction in half a century. A slump in global trade, depressed commodity prices, dilapidated public healthcare sectors, and disruption to local economic activity played into this doomsday scenario.

It is therefore surprising, and somewhat exhilarating, that the continent is set for a fast-paced economic recovery this year. The African Development Bank now anticipates that Africa will see 3.4% economic growth in 2021. Record demand for metals and other commodities have boosted the prospects of some hard-struck countries such as Zambia and Ghana. Moreover, the coronavirus has put less pressure on Africa’s public health systems than initially feared, with less than 4.3 million total recorded infections by early April – while of course not downplaying the more than 114,000 official deaths from the disease.

A case in point is Africa’s largest economy, Nigeria, which made a surprise exit from a short two-quarter recession in 2020. The IMF had previously projected 1.5% growth for 2021, but now unofficially believes that Nigeria’s medium-term growth rate could return to 2.5%. The main driver for Nigeria’s faster than anticipated economic growth is a rise in global oil prices, with crude anticipated to be priced 21% higher this year than in 2020, which should boost revenues for Africa’s largest oil producer and exporter.

However, such causes for optimism need to be balanced with a fair amount of realism. The main contributor to Africa’s economic recovery this year will be South Africa, its most developed market which suffered a massive 7% contraction in 2020, the biggest drop in economic output since the Second World War. Unsurprisingly, a sharp recovery in GDP is anticipated for 2021 with figures estimated between 2.5 and five percent. Elsewhere, like in South Africa, such growth prospects would be determined by governments’ abilities to refocus on their coronavirus response and vaccination rollouts, while also implementing much-needed economic reforms. Most African countries will barely recover last year’s lost output. Both South Africa and Nigeria will need to wait at least until 2022 to return to pre-pandemic levels.

In order to drive a more sustained and broad-based economic recovery on the continent, an additional $154 billion in financing is required in the immediate term. The IMF projects that triple that amount is needed in the three-year outlook. As long as the Group of 20 wealthy countries cannot agree on issuing more Special Drawing Rights at the Fund, the prospect of such financial support being paid out is highly improbable. Instead, distressed emerging markets will seek to issue more bonds on international debt markets to fund their budgets and repay existing loans. Ghana, Kenya, Ivory Coast, and others will issue more Eurobonds in coming months, despite growing concerns over repayment affordability.

Africa’s debt burden is expected to be 10-15% higher after the pandemic. Even another round of IMF emergency financing and G20 debt relief may not avoid further defaults. After accurately forecasting debt defaults in Mozambique and Zambia over the past few years, PANGEA-RISK has now raised particular concern over Angola and Republic of Congo, whose oil-dependent economies may not be able to withstand the economic impact of the pandemic.

PANGEA-RISK has recently updated its country risk scores for Africa and the Middle East, with notable improvement in some of these regions’ more diversified economies which also benefit from sound fiscal and monetary policies. Some 45% of Africa’s country ratings are now listed at Low, Moderate, or Elevated risk, with further improvement in these ratings expected later this year.

PANGEA-RISK is a specialist intelligence firm providing analysis and forecasts on political, security, and economic risk in Africa and the Middle East. Founded in 2015 as EXX Africa, rebranded as Pangea-Risk in 2020, the company has become a leading risk advisory and consultancy with a broad network of clients ranging from DFIs, banks, traders, corporates, and insurers, to governments, counter-terrorism, and military forces worldwide.