Did the CPRI market hold its nerve in 2020, or is it just a matter of low expectations meeting a feeling that it could have been worse? Sian Aspinall, Managing Director at BPL reflects 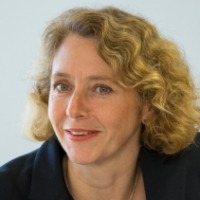 As we emerge from the winter gloom, a growing feeling of hope and tentative optimism is returning as the global vaccine roll out paves the way for a worldwide escape route out of the paralysis of the pandemic. It seems an appropriate time to pause; to reflect on the last 12 months and evaluate how the Credit and Political Risk Insurance (CPRI) market has performed through the social and economic shockwaves of such an unprecedented year.

Popular opinion is that the market held its nerve, that relationships were valued and consequently insureds were well supported and that demand held being generally met by supply with premium income as a proxy for exposure remaining healthy. However, is this a perception shaped more by exceeding severely tempered expectations rather than a quantifiable reality?

Digging into the available market data and supplementing this with BPL Global’s own more granular portfolio detail has provided some valuable insights and demonstrable facts of how the CPRI market fared in 2020.

Picking through the reality of demand in 2020

Last year saw a 10% fall in transactional enquiries submitted to the market, showing a slightly dampened but rather marginal, reduction in demand which far exceeded expectations following the steep decline in new business witnessed in March/April 2020. However, this overall positive result masked a more nuanced reality; that demand directly from commodity traders fell by over one fifth and for exporters the corresponding reduction was even greater, at over one third. This evidenced that the impact on the real economy was more immediate and more acute than the cumulative data would otherwise indicate.

ESG: Highlighting the enormity of the transition needed

In addition, 2020 brought ESG policy into prominence, with the CPRI market keen to demonstrate its green credentials both on the underwriting and investment sides of insurers’ portfolios. Renewables were highly favoured as the developed world sought to realign to a more sustainable future. However, behind the headlines, the statistics spotlight the enormity of the transition required. Approximately one third of all transactions submitted to the CPRI market last year emanated from the extractive industries (oil, gas and mining), three times that of the next highest industry sector, power. These statistics highlight the need to provide the necessary support for economies to adapt, rather than risk plunging oil dependent nations and their populations into rapid economic decline at a time when a fragile world is still reeling from the shockwaves of the pandemic.

The supply response – a question of timing

Shifting focus from demand to supply, how did insurers react to the business presented in 2020? As everyone struggled to adapt their risk appetites and pricing models to such unprecedented conditions, was there alignment in outlook between insureds and insurers or were there significant deviations? The data identifies that quote rates plummeted year on year between March and September suggesting that though client demand returned strongly from June onwards, there was initially a significant mismatch in appetite between clients and insurers with these only harmonising into the fourth quarter. However, once realigned they have sustained, evidencing more a timing delay rather than anything more fundamental.

Within that overall insurer appetite there are some obvious and significant patterns emerging. Though the market saw 70% more enquiries for credit risks on private obligors compared to public obligors (Sovereigns, Sub-sovereigns or state-owned entities), the actual number of quotes provided for each of the two categories was almost equal. In achieving that parity, insurers declined 60% of all private obligor credit risks received while quoting two thirds of all public sector ones.

This crude measure obviously doesn’t factor in the comparative credit ratings across the two categories to adjust for differences in risk quality, but the extent of the deviation suggests it is highly likely that the ownership status of the obligor carries greater weight with insurers than its underlying financial strength. Insurers always focus on preserving subrogation rights and long-term recoveries to generate profitability in the CPRI class. In periods of economic volatility, it is probable that insurers view the public sector as a more reliable means of achieving that goal and while insurers’ preference for the public sector has always been prevalent, this has become far more acute in 2020 compared to prior years.

Though insurers’ appetite may have evolved somewhat in 2020 and taken time to adapt to the changing climate, the market undoubtedly remained strong and relatively stable. Total CPRI Capacity into 2021 at $3.3 billion for public obligors and $2.4 billion for private obligors is little altered from the prior two years. There are two principal reasons for this stability. Firstly there have been no significant insurer exits from the market and secondly, vitally, there was continuous support from the reinsurance market for the business class through the year-end treaty renewals. This is testament to a mature market built on solid foundations with a hard-earned, strong track record.

It is impossible to end a review of the CPRI market data without a focus on claims. It is widely believed that the anticipated heightened Covid-related claims activity has yet to materialise. From our own portfolio at BPL Global, that is clearly true. Claims frequency was no higher than previous years. Whether this is solely a timing issue is yet to be made clear and will only become evident when state-driven Covid-support packages begin to unwind. However, it should not be interpreted that the market has not received or paid meaningful volumes of claims in 2020. Recently collated claims data across the CPRI market’s eight largest brokers evidenced that over $330 million in claim payments were made to regulated financial institutions alone in 2020.

As we conclude our reflections, does the data support the original perception that the CPRI market held its nerve through 2020? Yes, we believe it does though analysis confirms that the reality is far more subtle and complex than that simple statement may otherwise suggest. And, as we look to the green shoots of spring and a distant but real hope of a global return to a more normal way of life, the CPRI market seems well positioned to grow, potentially even to flourish.