Jean Francois Lambert examines the multiple blows of pandemic and fraud on trade and trade finance on banks, investors and underwriters. Can digitisation provide a silver lining? 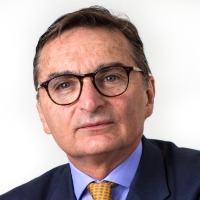 In the long history of trade finance, few years were as bad as 2020. In Singapore, and Dubai, amid the turmoil unleashed by the COVID-19 pandemic, many banks and funds were left nursing hundreds of millions of dollars in potential losses amid the fall of mid-sized commodity trading houses caught in aggressive trading. Evidence of frauds emerged, from multi-financing of documents, shipments, and inventories to entirely fabricated trades. As if that were not enough, in London, the world discovered that supply chain finance may not have been as straightforward a business as many believed. Receivables discounting with an insurance wrap came under doubt through the financing not only of existing trades, but also future ones, and even possible ones!

Industry will not come out unscathed

Notwithstanding the outcome of litigation in these multiple jurisdictions, one thing is likely: lenders, investors and underwriters will not come out unscathed. This is bad news for the trade finance industry already confronted by many challenges.

What consequences might this have? Less availability of trade finance? Higher margins? The timing could not have been less propitious. Trade is a major growth engine and one already badly bruised by the rift between Beijing and Washington as well as damage done by the pandemic shutdowns and logistic disruptions.

Yet, there is a silver lining amid this cascade of frauds. The need to shift to digitally proofed instruments has become an absolute priority for trade. Largely predicated on old fashioned paper-based documents (from invoices to bills of lading, custom certificates, warrants, insurance policies etc.), trade is prone to tampering, copying, or altering, and especially in time of duress, as seen last year.

Even so, digitalisation would provide merely a part of the solution. Provenance and authenticity of the digitalised documents must be ascertained and undisputable.

Blockchain in the commodities sector

Blockchain networks offer a compelling solution as they are much less prone to fraud: nobody is ever able to control the chain of information alone.

A bill of lading for a given cargo, a warehouse warrant for stored goods will not be replicated unless all the interested parties (buyer, seller, insurer, collateral manager, and lenders, among others) agree. The technology is now available with most large players keen to embrace it. Over the past five years several consortia formed by corporates, banks and other service providers have been put together to digitalise and streamline trade and trade finance using distributed ledger technology (blockchains). Covantis, for instance, is a common platform able to digitalise post-trade processes of bulk shipments of soft commodities trades. VAKT has built a similar proposition for physical energy flows. We-Trade is a platform involving IBM and a few large international banks in the open-account space. In the domain of classical trade finance, several important initiatives have taken place. The platforms Komgo and Contour notably (sometimes involving common sponsors) have developed compelling propositions. So in both the physical trade space and its financing, foundations are being built to move to tamper-proof, real-time processes, away from costly and inefficient paper-based trades.

Still why have we not gone much beyond so-called ‘proofs of concepts’ and pilot cases to actual implementation? Largely because the legal and administrative frameworks surrounding trades, will have to evolve and this in numerous jurisdictions. What are the odds that some of the pioneers of digitalised trade reach the critical mass and emerge as the standard-setters for trade and trade finance? This would be great news: with trade safer, more reliable, and real-time information flow, trade finance would thrive as both operational costs and risk diminish. Capital requirement would certainly get lower in view of the enhanced visibility and control over the financed trade flows. Furthermore, alternative lenders would have access to the same quality of information as banks, and therefore be keener to co-invest, alongside the traditional lenders.

With more availability, a less burdensome operational management and a reduced risk profile, it would also get cheaper and therefore foster economic development. A very exciting prospect, within reach, but one which unfortunately is not yet a reality. Today we are witnessing the emergence of a few ‘digital islands’ in an ocean of paper trade. Meanwhile, trade finance will remain constrained, a necessary activity for commercial banks but one with a rather low profitability profile relative to capital. The focus of the banks will therefore remain on cost management rather than business development. Regulators will be reluctant to improve their capital treatment and may even put further pressure on lenders to acknowledge for the additional operational risks in the wake of the 2020 debacle.

What can be done to shift gear on this genuinely strategic subject? Key trading hubs like Singapore or China are in the best possible position to push for swift implementation of digital solutions notably when trade flows link technology-savvy countries. Singapore notably is taking positive steps such as the Digital Standards Initiative (DSI) together with the International Chamber of Commerce (ICC). But so far, the missing gel is a compelling legal framework surrounding digital trade. UNCITRAL’s Model Law on Electronic Transferable Records (MLETR) is certainly a good step forward towards a unified legal framework but how long will it be before a global roll-out? Since 2017, only three countries have adopted the standards, albeit two of them this year though (Singapore and Abu Dhabi Global Market).

Whilst the zeitgeist is not facilitating multi-country agreements, a simple bottom-up approach to push for an accelerated digitalisation of trade documents is likely to illustrate the myth of Sisyphus, who was condemned to repeat forever the same task of pushing a boulder up a mountain, only to see it roll down again and again. A top-down effort is therefore necessary. Until a multilateral organisation takes ownership of the digitalisation project for trade, capitalizing on the multiple private sector’s initiatives, little progress is warranted. Under the helm of organisations such as the World Bank or the World Trade Organisation, a consensus could be built with the support of, among others, the ICC, the International Chamber of Shipping, the Berne Union, Existing project sponsors and selected in-country trade promotion councils.

Indeed, amid the 2008 financial crisis, the close cooperation between the World Bank, the IMF and the WTO was instrumental in pushing the trade finance agenda with the G20 and to navigate safely out of the great financial crisis. What is at stake today is even more important and critical: to allow trade to get more efficient and reliable through a tamper-proof streamlining of document flows which in turn will channel more private money to support trade flows. As the world gets more polarised, and as economies are shaken by the pandemic, trade deserves special care. Making it safer, more efficient should be on top of the agenda for multilateral institutions. Too little will happen, too slowly without their decisive action.