Up in the skies: The European ECA response to aircraft financing through a pandemic

Normal rules of countercyclicality have been missing in the current crisis as global markets have moved in lockstep. Nowhere has this been more troubling for markets than in aircraft financing. Michael Ferguson, Head of Aircraft Portfolio Management at UK Export Finance (UKEF) discusses the European ECAs’ approach 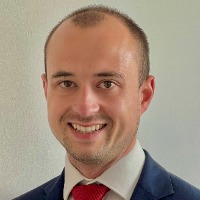 The role of ECA support in aircraft financing is traditionally countercyclical – strong capital markets and bank appetite drive down ECA demand in the good times, whereas the opposite is true during periods of economic disruption. By taking this role ECAs can ensure that the export of aircraft, components and services can continue regardless of wider economic conditions.

One consequence of operating in this way is that it results in ECAs having a geographically diversified aircraft portfolio. World markets do not move as one, and whenever an economic shock has occurred in the past 20-30 years the ECA aircraft portfolio inevitably shows an increase in support provided for airlines in the region where the shock occurs. Having this diversity builds in a layer of protection for the ECAs, ensuring that no single event can cause a ripple effect through the whole portfolio. Or that was the case until the pandemic hit.

The pandemic’s effects on air travel were almost immediate with airlines across the globe grounding entire portions of their fleet. With no feasible way to generate revenue, and a fixed cost base that could only be reduced so far, airlines very quickly ran into liquidity issues. The ECAs faced a choice – react, and quickly, or prepare for the inevitable defaults and claims on the respective guarantees to commence.

A sticky choice for ECAs leads to the Common Approach…

The latter presents two issues. Firstly, if we allow airlines to fail, who will our exporters export to in the future? Secondly, what were the ECAs to do with the aircraft repossessed resulting from the defaults? After all the market had just collapsed.

A decision was therefore taken by the three Airbus financing European ECAs (UK Export Finance, Euler Hermes and Bpifrance) to launch the Common Approach – a scheme allowing airlines to defer aircraft principal repayments from March 2020 to March 2021 with the deferred amount repayable over three years. Its objective was clear, help airlines preserve liquidity during the pandemic. From inception to launch the process took just over a month and uptake was almost immediate.

… But a Common Approach to an uncommon portfolio

From March 2020 to March 2021, 13 separate airlines took advantage of the Common Approach or a variant of it. Very little correlation existed among those who applied. Approaches came from airlines operating different business models using different aircraft types in locations across the world.

For the majority of airlines, the Common Approach formed part of a portfolio approach of seeking assistance from creditors, therefore it is difficult to quantify its true impact and how many default situations we avoided. However, there can be no doubt that without the Common Approach the European ECAs would have been out of step with a market that rallied around the airlines.

Still some bankruptcies, but others pivot

Inevitably the Common Approach and support from other creditors was not enough for some and the European ECAs are currently dealing with seven bankruptcies. To date the aircraft repossessed have been wide bodies from airlines that were operating the low-cost long-haul business model. Historically a difficult market segment operating on thin margins, the pandemic proved a step too far.

Within the wider portfolio certain trends are emerging such as airlines pivoting business models to take advantage of domestic opportunities and offering aircraft to fill the void in air-freight capacity. These steps combined with extensive cost cutting measures has perhaps kept some airlines away from the edge of the cliff.

Not out of the woods – but cause for optimism

The Common Approach only covered the deferral of principal payments from March 2020 – March 2021. When it was composed this timeframe was deemed appropriate for the worst of the pandemic to pass and echoed the views of the wider market. While clearly not the case the European ECAs recognise we are far from out of the woods and continue to work closely with those airlines most in need to ascertain what, if any, further assistance can be offered.

Interestingly, we continue to see demand for new business and there is a growing sense the market will begin to recover towards the end of 2021. Perhaps one of the biggest indicators of this optimism was Moody’s changing their market outlook from negative to positive in early May.

The recovery will be slow. First it will be domestically, then internationally as borders begin to open. Assuming this happens, there are still uncertainties as to what air travel will look like in the future. Post 9/11 the world’s approach to airport security changed, is the same thing about to happen on a medical front? One thing is certain however – everyone in the industry needs a holiday so it is in the interests of the ECAs and all airline financiers to ensure the survival of the industry!