NPLs and European banks: A problem for credit insurers? 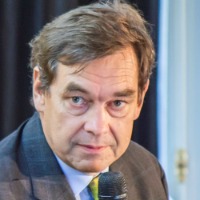 Credit insurance has developed significantly since the global financial crisis (GFC) of 2008/11, growing by 65% over 10 years (according to Berne Union figures). Credit insurance is recognised by corporates as an efficient tool to share risks of some clients whose creditworthiness can be questioned. Over the same period, European banks have also held significant volumes of non-performing loans (NPLs) and the ratio of NPLs on their balance sheets is higher than in other regions.

According to data published by the EU Commission, the ratio of NPLs declined from 6.5% in 2014 to 2.6% in 2020. But, in 2020, this ratio was close to 2.0% in Japan, the UK and the US. The rate of provisions against NPLs in the EU increased from 44.4% in 2014 to 63.4% in Q2-2020. In its communication on NPLs published in December 2020, the EU Commission presented its priority: prevent an accumulation of NPLs, especially non-provisioned ones, using several tools. These include:

Credit insurers may think that these banking rules are not a concern for them. Is that correct?

Provisions on NPLs in the EU

This rule, which only applies in the EU, doesn’t make any differentiation between:

The need to raise a specific provision on a loan which would not generate any loss contradicts IFRS rules which recommend aligning the level of provision with the amount of the expected loss.

In its ‘Communication on supervisory coverage expectations for [Non-Performing Exposures] NPEs’ published in October 2019, the ECB differentiated between loans signed on or after 26 April 2019 which will be affected by the new CRR and loans signed before that date. The latter will remain governed by ECB rules which consider that the provisioning might be inappropriate for specific portfolio/exposures where ongoing regular payments of principal and interests, based on the official debtor’s cash flows, will lead to a full repayment of the bank.

A general exemption from provisioning for effective and performing guarantees would be in line with the spirit of the statement made by the European Banking Authority (EBA) on the application of the prudential framework regarding default on 25 March 2020. This states: “The prudential identification of default includes a number of mitigating factors to ensure that classification to default is done under true circumstances where economic losses are likely to be taken.”

Regulatory provisions have no impact of the P&L of banks but dramatically reduce their capacity to lend. According to the EBA Dashboard Q4 2020, the average equity ratio (CET 1) of EU banks is 15.5% and the average leverage ratio is 6.0%. If this loan is covered by a AA-rated credit insurer, the most constraining ratio is the leverage ratio and the bank can lend 16.7 million with one million of equity. If this loan is provisioned at 35% three years after the default date, the lending capacity of the bank would be reduced by 97.2 million (= 16.7 x 35%/6.0%)! and by 277.8 million if the provision on a 16.7 million loan reaches 100%!

For EU banks, there are three solutions to escape such a provisioning:

Sales of NPLs to financial investors

In order to share and reduce their risks, some banks consider the recourse to credit insurance. But this will not prevent the occurrence of a default and in such a case the classification of the whole loan, for its uncovered portion and its covered portion, as an NPL.

In this case, in line with the EU Communication, the sale of these NPLs would be an efficient solution to prevent their accumulation. Potential buyers could include securitisation vehicles, asset management companies, electronic trading platforms and other financial funds.

The EU Commission considers that this market is not transparent and the asymmetry of information generates large spreads between bid and ask prices. Templates shared by banks and investors might then be a tool to increase market efficiency. For this reason, the EBA launched a consultation on templates for NPLs which will close on 30 August 2021. Banks and investors are asked to fine-tune existing templates to ease the development of this secondary market. At some stage, banks might be requested to publish these templates for all their NPLs.

If a bank sells its NPLs, the new lender of record will become the insured party. Financial investors might not behave like banks with credit insurers in recovery processes. Some polices may prevent the sale of an insured loan without the consent of the credit insurer but the enforcement of such a clause might be problematic if the bank is requested by its regulator to sell its NPLs.

The templates on NPLs proposed by the EBA could also rise some concerns within the community of credit insurers as they show that credit insurance is not clearly recognised as a credit risk mitigant.

Credit insurance is not dealt by the texts of Basel III or the CRR (its EU transposition). However, in 2018, the EBA recognised that credit insurance could be dealt with as a guarantee in the category of ‘Unfunded Credit Protections’ if it meets the requirements applying to a guarantee. While in 2011 Basel III allowed the guarantor to ‘either make one lump sum payment or to assume the future payment obligations of the counterparty covered by the guarantee’ in case of default, this recognition might only occur in 2023 in the new CRR if the suggestion made in 2018 by the EBA is considered. This might explain why today some EU banking regulators expect a full indemnification when a default occurs.

For a credit insurer, a loan is nonperforming when an instalment is not paid as scheduled. For banking regulators, when a borrower defaults on some loans which represent at least 20% of the global exposure of this debtor towards a bank, all loans extended by the bank to this borrower have to be considered as defaulting, even those which are reimbursed on time! Then regulators can require to raise a provision on a loan signed with a defaulting borrower although no claim was ever addressed to the credit insurer for the covered portion.

The CRR recognises several types of collateral which can be added on a loan to mitigate risks for the lender. They include Funded Credit Protections (FCPs), such as cash, Unfunded Credit Protections (UFCPs) such as guarantees or credit insurances, properties or other physical collateral such as cars, ships or other equipment. However, the templates on NPLs proposed for discussion by the EBA focus on property and other physical collateral. Regarding other UFCPs:

These absences are logical if a guarantor is supposed to pay the whole outstanding amount once a default appears but it does not reflect the rules normally prevailing on the credit insurance market.

This limited reciprocal knowledge might also explain the request made by Basel III to increase dramatically from 10-15% to 45% the LGD which applies on credit insurance. Risk Weighted Assets (RWA) allocated to such loans might then multiplied by three or four. The interest of banks in credit insurance may be badly affected and some corporates could be prevented from using banks loans to fund their portfolio of receivables if their pricing increases too much.

However, this might not be sufficient. A borrower can be dealt with as defaulting according to banking regulation while no default has occurred on a loan for the credit insurer. Could a credit insurer then be expected to accept to fully reimburse the outstanding amount of a loan for which it never previously paid any indemnification?

When a credit insurer covers a loan, it deals with an insured bank it knows and which knows the rules of credit insurance. What will happen to this mutual knowledge if the NPL is sold to financial investors?

Hence, an option to call for a full indemnification might not be sufficient and the best solution might be an amendment on the CRR to remove the need for regulatory provision on a loan which is covered by a valid and effective guarantee or credit insurance and which should prevent unexpected losses.

While credit insurance might be a tool offered to banks to assess the more risky projects presented by their customers, the absence of any change in these rules might prevent some banks considering it. And in any case, it might be useful to ensure banking regulators and credit insurers know their respective rules better.