Justine Hendricks, Senior Vice President & Chief Sustainability Officer at Export Development Canada puts some of the alarming context to the urgency behind EDC’s approach to committing to a net zero future. Speed matters 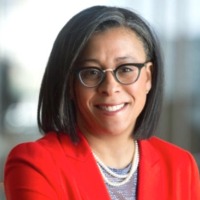 For three days in late June, Lytton, British Columbia (BC), was the hottest place in Canada. This small town in the BC mountains set historic daytime records of just under 50 degrees Celsius (over 121 degrees Fahrenheit). Then came the fires. By July 1, Lytton had burned to the ground. And it happened fast. Two people died before its population of 250 could escape. By early July close to 700 wildfires had burned their way across the province, destroying tens of thousands of hectares of forest. In June, the province recorded more than 700 ‘sudden deaths,’ most of them attributed to extreme heat.

For those unfamiliar with this part of the world, some context may be helpful. Lytton BC is situated at the same latitude as Brussels, Belgium. The forested region it occupies typically does have a fire season, but this doesn’t usually start until much later in July. June is typically a wet month in this part of BC. Not this year. Scientists who study climate phenomena say that the ‘heat dome’ that settled over Lytton (and a good chunk of the Pacific North-west of the continent) is almost certainly attributable to human-influenced climate change.

There is still a tendency to speak about these events as if they’re freak phenomena. One Lytton resident described his community as, “the spearpoint of climate change…we are the canary in the coalmine.” The sad truth is, we are all canaries in one very large coalmine, and unless things change for the better soon, the Lytton event is more likely to be less unusual. Scientists studying the June tragedy believe that if rising global temperatures aren’t arrested, heat domes could become 150 times more likely, transforming from once-in-a-1000-year events to once or twice a decade. We’re no longer predicting climate change. We’re living it.

Thankfully, there is momentum building to confront this future. More governments are coming into alignment with the Paris Agreement on global warming. Private sector climate financing is accelerating, as are the flows of financing from public institutions toward low-carbon and climate-resilient development.

ECAs are making advances of their own. More of our peers within the Berne Union are exploring approaches that will accelerate climate action. And though these steps are welcome, we all now understand that these discreet approaches are not enough. Or fast enough.

I recently acted as host for an executive panel on Environment, Social and Governance Policy at Export Development Canada; one of the guests also happened to be my boss, the President and CEO of EDC, Mairead Lavery. I asked the panelists what words come to mind when they think about environmental challenges confronting our planet, and the role of financing in addressing them. The most urgent word on the panel came from Mairead. “Speed,” she said.

We’ve known about the potential dangers of a warming planet for decades now, yet speedy is not a word anyone would use to describe our collective response to it. Mairead’s point was that we have to change that. Speed, now more than ever, matters.

Speed matters, now more than ever

Export Development Canada makes no special claims to prescience in meeting the climate challenge, but neither has it stood still.

Over the last decade EDC has pioneered a number of firsts. We are the first Canadian financial institution and the first ECA anywhere, to become a signatory to the Taskforce on Climate-related Financial Disclosures (the TCFD). We are a leading financier of Canada’s cleantech sector, last year alone helping 288 Canadian cleantech companies generate $4.5 billion in international business. In 2014 EDC became the first Canadian financial institution to launch a green bond, and since then have issued more than $2 billion worth into global markets, helping finance environmentally beneficial companies or projects, and aiding in the avoidance of more than four million tonnes of CO2 emissions.

We’ve also made commitments to deliver greater transparency in our lending exposure to carbon-intensive sectors, a segment of industries with significant influence on Canada’s GDP. Here EDC is pursuing an approach of positive engagement, leveraging our involvement with these companies and using our financing to help this sector navigate the transition to cleaner technologies and greener energy production. We have simultaneously been reducing our investments in carbon-intensive operations, as of this writing, cutting our exposure to these sectors down to $19 billion, three years ahead of our 2023 deadline.

It’s in this spirit that EDC has now taken its most significant step yet – committing to net zero emissions by 2050.

As part of this effort, EDC commits to continue reducing business support to the six most carbon intensive sectors by no less than 40% by 2023 (from a 2018 baseline). Part of this will include a sharp reduction in support for foreign fossil fuel sectors. We are also setting science-based emission intensity targets for these most carbon-intensive sectors, while continuing to support Canadian businesses in these sectors to make investments that will drive further emissions reductions.

Among those already low-carbon sectors, we will increase our support for a Canadian green transition through mechanisms such as EDC’s cleantech solutions, green bonds, sustainability-linked lending and knowledge products. We’ll also, of course, reduce our own operational emissions, lowering these to net zero by the end of this decade.

And we’re putting our money where our mouth is in other ways, by binding our senior management’s long-term compensation programme to the achievement of these climate targets.

Combined efforts to make a difference

The net zero commitment has been made by the Government of Canada, along with more than 100 other countries and countless organisations around the world, with more joining every week. EDC’s commitment to join this movement puts us in a leadership position among the world’s ECAs. But more importantly it puts us in a position to make a difference.

Of course, if we are able to make the difference we need to make, it will, more than anything, be credit to the hard work of our customers, the Canadian companies we are helping to grow in a sustainable and responsible way. No challenge as profound as climate change is met through the efforts of a single agency or organisations. It will be met only through the combined efforts of many.

By the time you read this, there will no doubt have been yet another climate event – another Lytton, BC. The future of climate change is happening now. The business of finance is, by definition, future-facing. We believe it can also be future-changing. By joining this net zero movement, EDC and others around the world are committing to use finance to shape our shared future for the better, and with the urgency it deserves.