The catalyst: Bpifrance’s role in supporting the climate transition

France plays a pioneering and crucial role in considering climate risks and imperatives in public export financing policies, and has a proactive policy of strengthening support for French companies’ projects that contribute to climate objectives, says Maëlia Dufour at Bpifrance Assurance Export. She explains how the French ECA acts as a catalyst for this strategy by offering suitable products to support the climate transition 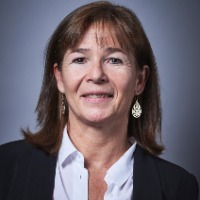 Bpifrance Assurance Export carries out a systematic environmental and social assessment of all major credit insurance projects, as well as investment, managed in the name, on behalf and under the control, of the French state. Related environmental procedures and requirements are largely common to all OECD countries’ ECAs, as described in the OECD Common Approaches (‘Recommendation of the Council on Common Approaches for Officially Supported Export Credit and the Environmental and Social Due Diligence’ (2016)). Environmental and social due diligence is also carried out according to the IFC Performance standards (World Bank Group).

A formal climate strategy was designed with the French government via a report submitted to the Parliament in October 2020: ‘The Climate Plan for export financing’. This policy took effect on 1 January, 2021 and is broken down into three areas of work:

The Finance law of 2020 had already banned support for coal, shale oil & gas and oil exploitation using routine flaring. A three-stage scenario for the termination of state guarantees for oil and gas projects was adopted:

Support to thermal power plants is now limited to projects improving the carbon footprint of the electricity mix of the recipient country. It should encourage recipient countries to move towards energy transition.﻿

3) Financial incentive mechanisms for sustainable projects: The Climate Bonus
﻿
﻿The Climate Bonus is a complement to the credit insurance product provided by Bpifrance Assurance Export to incentivise sustainable transactions. It should make it possible to:
(i) better support companies during the development of projects
(ii) improve financial conditions and
﻿(iii) increase financing volumes.

The Climate Bonus will give access to favourable financial conditions: (i) maximisation of the insured financed portion and (ii) removal of working fees for project finance transactions. The Climate Bonus has been developed with the help of French entrepreneurs and banks and is aimed at answering their needs.

To date, Bpifrance Assurance Export has received eight applications for the Climate Bonus, the majority of which relate to projects in the electricity transmission and distribution and renewable energy sectors. Two of these applications have received a favourable decision from the Inter-ministerial Export insurance Commission on their contribution to the climate change mitigation objective. The exporters concerned have therefore benefited from the financial incentives of the bonus. The other applications are under assessment by our environmental experts.

Lastly, as part of the Bpifrance Assurance Export climate strategy, an assessment of the carbon footprint of the portfolio has been performed every year since 2019. This calculation allows us to point out the decarbonisation trajectory Bpifrance aims at reaching and to check the more emissive projects and thus to improve the transition towards a green economy.

The French government, along with Bpifrance Assurance Export are fully engaged in the fight against climate change.