Insolvencies? (We Ain't Got) Nothin' Yet…

The wave of insolvencies we’ve all been expecting? Not so much yet. That’s the view of Alessandro Terzulli, Chief Economist at SACE, and Valerio Ranciaro, Director General of SACE SRV. The vulnerabilities are still there though and the wave could break 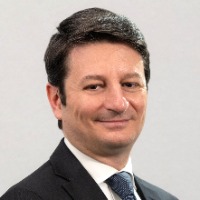 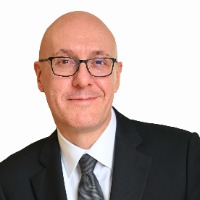 In its World Economic Outlook of April 2021, the International Monetary Fund used the terms ‘recover’ 306 times and ‘uneven’ 15 times. In the April 2020 edition the same terms were counted, respectively, 61 and four times. The result, in all likelihood, would be similar if the analyses of other major international forecasters were consulted. The exit from deep crises, such as the pandemic one, has never been characterised by excessive convergence between countries, but in this case the divergence of the economic cycles observed is quite peculiar. Any doubts as to whether the recovery is underway have now been dispelled. There is also a growing consensus on its main characteristics, but for companies that have to formulate their strategies and business plans abroad, the extreme heterogeneity of this recovery is not easy to decipher.

As expected, 2021 is proving to be a year of transition characterised by a strong rebound in the world economy, after the deep recession recorded last year, thanks in particular to the progress of vaccination programs against COVID-19 (especially in the more advanced countries) and the gradual removal of restrictive measures. However, potential divergences remain in the return to pre-crisis growth dynamics, with several countries having to wait until at least 2022 for a full recovery of GDP. This heterogeneity is attributable to a variety of factors, including the ability to manage the pandemic, the effectiveness of the adopted policies, as well as the structural characteristics of the individual economies.

On the one hand, monetary policies are expected to remain expansionary, despite inflationary pressures in the US and, to a lesser extent, also in the Eurozone. On the other hand, budgetary policies will continue to include huge stimulus plans oriented not only towards immediate support for businesses and households most affected by the crisis but also, above all, towards a resilient, inclusive and sustainable medium-long term recovery.

International trade in goods by volume shows a robust recovery in the first half of the year, attributable more than anything to a favourable base effect, after last year's decline, as well as to solid demand conditions in all the main groupings of goods. Despite the bottlenecks on the supply side in some sectors, linked to criticalities mainly of a temporary nature in logistics and in the procurement of raw materials, international trade in goods will grow by about 10% in 2021, a very fast pace of expansion, close to the rate recorded in 2010.

After having contracted by 35% last year, with particularly negative effects in mature economies, global flows of foreign direct investment will instead follow more uncertain recovery prospects and it will be necessary to wait until the end of 2022 to see a full return to pre-crisis levels.

Insolvencies: (We Ain't Got) Nothin' Yet…

Yes, we crossed the line, but many uncertainties are still lingering as the pandemic is not yet over.

In our previous article in Berne Union we argued that the zombification of many companies will trigger an increase in bankruptcies and the available data confirm that insolvencies are rising, even though they are still not at the level we expected them to be. There were considerable decreases in the first and second quarters of 2020. The number of declarations of bankruptcies then followed an upward trend since the third quarter of 2020, which also continued in the second quarter of 2021 (see Figure 1).

The level of insolvencies is still contained because of a combination of three factors:

So, the question is what to expect next? Will we see a flood of insolvencies (and zombie companies will survive) or is the flood just postponed? We tend to agree with the second hypothesis.

According to Bain’s most recent estimates, between the end of 2021 and 2022 the new flow of impaired loans throughout Europe is estimated to be in a range of €900- €1200 billion, as governments withdraw the extraordinary anti-pandemic measures to support credit.

We will probably see insolvencies returning and surpassing the pre-pandemic level at the beginning of 2022, even if their numbers will be fewer than they were in the period following the GFC (during which fiscal rigidity measures were adopted).