Romanie Peters, Senior Company Lawyer, Legal and Claims Coordinator at Credendo gives an update on two key international cooperation initiatives on debt vulnerabilities, how they work and what they have achieved up until July 2021 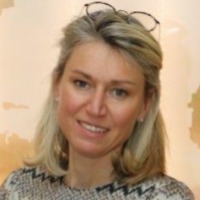 The international community responded to the rising debt vulnerabilities due to the COVID-19 pandemic with the provision of emergency financing. The G20 in particular contributed with the creation of the Debt Service Suspension Initiative (DSSI) in May 2020 and the Common Framework for Debt Treatments beyond the DSSI (Common Framework) in November 2020.

In response to the economic repercussions of the COVID-19 pandemic for the world’s poorest countries, and urged by the IMF and World Bank, the G20 launched the DSSI on 15 April 2020. It entered into force on 1 May 2020. The DSSI provides a temporary and net present value (NPV)-neutral suspension of debt service payments on claims owed to all official bilateral creditors. The DSSI is overall considered as a rapid emergency assistance initiative.

In terms of eligibility, the DSSI is open to all International Development Association (IDA) countries and least developed countries that have no arrears with the IMF or World Bank. In practice, this amounts to 73 eligible countries.

In order to benefit from the DSSI, eligible countries need to make a formal request to their creditors and be involved in, or at least have made at request for, an IMF financing arrangement. DSSI beneficiaries commit to use the freed-up resources to combat the COVID-19 crisis, subject to IMF-World Bank fiscal monitoring; to disclose their public debt; and to respect IMF and World Bank limits on contracting new non-concessional debt during the suspension period.

Multilateral development banks were kept outside of the DSSI perimeter but were asked by the G20 further to explore options for the suspension of debt service, while maintaining their advantageous credit rating and low cost of funding. The IMF decided to complement the DSSI with debt service relief on its own claims for 29 of the poorest and most vulnerable countries hit by COVID-19. ﻿

As of mid-March 2021, 46 eligible countries had made requests to be included in the DSSI. In 2020, 43 participants benefited from an estimated $5.7 billion of suspended debt service owed to official bilateral creditors and to China.

The Paris Club, as a creditor group, received 35 formal requests and approved 35 memoranda amounting to an estimated suspension of $2.5 billion.

The first six-month DSSI extension through June 2021 was expected to result in an additional $7.3 billion of suspended debt service (according to IMF and World Bank data).

Ultimately, private creditors did not participate in the DSSI. The likely main reason for this was that debtor countries that opted to join the initiative and requested such participation from private creditors, refrained out of fear for negative implications for their credit ratings and financial market access. Even if several countries that requested DSSI support did see their credit ratings being put on negative watch, in and of itself the official debt service moratorium under the DSSI has not triggered severe adverse market reactions.

Alongside the DSSI’s first extension and with the approval of the Paris Club, in November 2020 the G20 also introduced the Common Framework for Debt Treatments beyond the DSSI.

The Common Framework aims to facilitate timely and orderly debt treatments for DSSI-eligible countries on a case-by-case basis and, again, at the request of the debtor country.

The need for a debt treatment and the required restructuring is determined based on:

Similar to the DSSI, the debtor country must disclose all necessary information on their public debt.

The Common Framework draws heavily on the Paris Club architecture:

Notwithstanding these similarities, the Common Framework lacks some of the Paris Club’s institutional features, such as its long experience with information-sharing and creditor coordination.

In order to promote broad creditor participation and fair inter-creditor burden sharing, a debtor country that agrees to the key parameters of a debt treatment with its official bilateral creditors that participated in the negotiations is bound by the usual ‘comparability of treatment’ clause. Under the Common Framework, comparable treatment is not simply encouraged as it is under the DSSI, but rather is a formal requirement, for which the debtor country bears responsibility. The impact of a Common Framework debt treatment towards private creditors is therefore expected to be more significant, as opposed to the absence of contribution by private creditors under the DSSI.

Again in line with the DSSI, multilateral development banks are not expected to participate in the Common Framework debt treatments (for now) but are asked to explore how best to help meet the longer term financing needs of developing countries, while protecting their current credit ratings and low cost of funding. Also IMF claims are excluded from the Common Framework.

At the time of writing, G20 and Paris Club creditors have received three requests for debt treatments under the Common Framework, by Chad, Ethiopia, and Zambia. While negotiations on debt treatments are still ongoing, it is already clear that these three countries differ significantly in terms of creditor and debt instrument compositions and hence may need different debt restructuring solutions.

According to World Bank and IMF data, Chad’s largest official creditors are Libya and China, followed at a distance by France and India. However, about half of the country’s (non-IMF) external debt is owed to commodity trading company Glencore. Part of Glencore’s claims on Chad is syndicated with claims of other private creditors, and part is collateralised by oil revenues.

Discussions in the creditor committees for Chad continue at low pace. It becomes clear that the success of any Chadian debt restructuring will highly depend on how Glencore’s claims will be treated.

Ethiopia owes a relatively large share of its external debt, more than 40%, to the World Bank and African Development Bank. Its most important official bilateral creditor is China, good for about a quarter of total external debt. Commercial external debt includes principally and mainly a Eurobond. Following Ethiopia’s Common Framework request, all three major credit rating agencies downgraded the country. Preliminary assessments by the IMF and World Bank indicate Ethiopia would only need a debt service reprofiling to lower the risk of debt distress from high to moderate.

Zambia’s external debt is relatively heavily private debt, which represents almost 50% of the total and comprises three Eurobonds as well as other claims by private creditors. Official bilateral debt, almost all of it owed to China, accounts for just over 30%, and multilateral debt for the remaining 20%. In late 2020, Zambia defaulted on a Eurobond payment. The payment deferral under DSSI broke down over demands to obtain more information on Zambia’s debt picture.

The DSSI is an emergency response for short term liquidity issues:

It is a rapid liquidity tool designed to be used as an emergency response to the pandemic. Multilateral development banks do not participate but they complement with further financing. No private creditors have participated in the DSSI, thus limiting its benefits. The DSSI also does not provide incentives for countries to address debt levels where needed, which might lead to the unintended consequence of prolonging unsustainable debt levels.

The Common Framework is created to go beyond the DSSI suspension by providing comprehensive debt relief. It coordinates debt treatments provided by G20 and Paris Club creditors and requires debtor countries to seek comparable treatment from other bilateral and private creditors to ensure fair burden sharing.

It follows a case-by-case approach – which can be a deep debt reduction or a debt reprofiling. It comes with an IMF program and its conditionality. So far, three countries with different debt challenges – Chad, Ethiopia, and Zambia – have applied for treatment under the Common Framework.

Since March/April 2020 we have seen the sovereign debt landscape very quickly evolving and it will clearly evolve in the future. Sovereign debt restructuring will become a very important part of ECAs’ activities again, as we have seen in the past with the Heavily Indebted Poor Countries (HIPC) treatments.