Hazal Demir, Medium/Long Term Export Credit Insurance/Underwriter at Turk Eximbank explores how ECAs can be effective instruments of government policy to guide a sustainable energy transition, and the prospects for renewable energy as an emerging star as a consequence 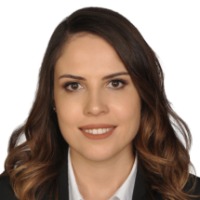 In the 1850s, energy meant coal. That was replaced by oil in the 1900s. And although oil still remains the main energy source today, renewables look set to become the next big hit, projected to take over by 2040. Climate change is one of the most serious global issues today. No matter how developed, no country is safe from its effects.

In addition to taking strict environmental action, combating climate change involves a transition to low-carbon economy and transforming our production, consumption and investment activities. This makes energy transformation one of the most fundamental changes in the 21st century. According to the future projections of many different organizations including the International Energy Agency (IEA), Norway-based accredited registrar and consultancy society DNV, and British Petroleum (BP), renewable energy will take the lead in energy investments by 2040.

The United Nations highlights the importance of taking action against climate change and investing in renewable energy under the UN Development Program (UNDP) Sustainable Development Goals (SDGs) 7 and 13.

The European Union is also taking steps towards a zero-carbon energy regime with the European Green Deal setting out the economic growth strategy of the EU, and the EU Taxonomy offering a sustainable financial framework. According to the carbon reduction scenarios addressed in the Energy Roadmap 2050, renewable energy will account for the largest part of the energy supply of the EU by 2050.

Production and consumption of renewable energy are growing in importance as governments introduce new policies on sustainable development. In line with this, installed capacities of solar, wind and hydraulic power plants have been on the rise since the early 2000s. According to the International Renewable Energy Agency (IRENA) data, there has been an increase in the installed capacities of solar and wind power plants in particular over the last decade.

Renewables projects are generally financed according to the terms and conditions set by the The Renewable Energy, Climate Change Mitigation and Adaptation and Water Projects Sector Understanding (CCSU) of the OECD Arrangement. In addition, supports are offered under the European Green Deal and the EU Taxonomy.

Although the financing of renewable energy projects is mainly provided by project developers and commercial financial institutions, multinational financial institutions and ECAs are also an important source of financing for these projects. A multilateral organization, MIGA, provides a large amount of insurance and guarantee support for access to energy and to improve the feasibility of projects, particularly in Africa. ICIEC also provides its member states with insurance/guarantee support for reliable and sustainable energy in line with Islamic principles, to help its members achieve the SDG targets. These projects are mostly solar and wind power plants.

When we look at ECAs, specifically, we see that there have been important developments in this regard

According to a Berne Union survey in 2019, some ECAs have made the SDGs a key part of their strategy and introduced new products aimed at favouring sustainable transactions so far.

France is one of the leaders promoting sustainable practices. The three-legged climate strategy set by the government for financing exports introduces restrictions on financing fossil fuels. The strategy includes a timeline for gradual reduction of the support for fossil fuel operations, defines new standards for power plants and designates incentive mechanisms to support sustainable projects. The French Government also announced the launch of a system to measure the carbon footprint of the trade finance portfolio. In addition, Bpifrance works on developing a climate risk rating methodology.

The Government of Sweden resolved to terminate state-backed export credit insurance and guarantees extraction and exploration of fossil fuels in 2022. In line with this, the export credit agency EKN announced that it would not make new guarantees for the products or services used in these industries.

The Government of Italy authorized SACE to issue "green guarantees" for domestic projects under the European Green Deal. This enables Italian companies to have a guarantee for up to 80 percent of their projects and investments with a positive impact on at least one of the environmental objectives of the EU. The projects will be assessed for eligibility based on the EU Taxonomy and OECD Arrangement.

The Government of Germany put into action the Special Renewable Energies Initiative, which offers special conditions for export credit insurance policies covering renewable energy projects in 2020. This allows exports in the field of renewable energy with up to 70 percent of foreign goods and services input to be insured. Normally, the permissible foreign input rate is 49%.

EKF is a leading export credit agency for wind power financing. It signed an official partnership agreement with the Danish Energy Agency in 2020 to support Denmark's carbon reduction policy in the energy industry, accelerate global energy transition and enhance international competitive power with other countries. In addition, the government set up a fund for the companies that will invest in renewable energy and technologies, and EKF allocated a considerable part of the fund.

NEXI offers a special insurance product with lower premium rates and a greater coverage rate compared to international investment insurance for Japanese companies' investments in extracting the natural resources considered critical for the national economy as well as renewable energy projects, and/or the risks of the loans taken out for such projects.

In Turkey, some government initiatives are also in place:

Moreover, green transformation was specifically included in the macroeconomic objectives of Turkey's Medium Term Program for 2022-2024. This involves supporting green transformation in energy with credit and incentive mechanisms while taking into consideration access to external funding, and incentivizing the investments for limiting greenhouse gas emissions to improve competitive power of export in harmony with the climate change policies in international trade. At the same time, Turk Eximbank has developed the “Environmental and Social Impact Policy and Climate Change Adaptation and Mitigation Policy” in order to climate proof its operations while better supporting Turkish companies and economy all over the world to support climate change mitigation and adaptation. The Bank is committed to increase the support for renewable energy and energy/resource efficiency exports/projects, preferably leads the financing tools to these exports/projects.

In the coming period, as ECAs focus on how their current portfolios, products and models can be transformed in line with principles of sustainability, they will play a key role in creating opportunities, providing financing and managing risks to achieve the SDGs.

At this point, all organizations should act proactively based on the sustainability principles, laying the groundwork for their products and processes accordingly. It will also be crucial to make support mechanisms as a part of state policies.