Trade and trade finance in the COVID-19 crisis 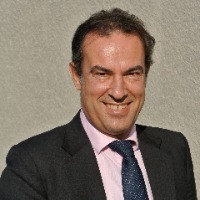 Counsellor for Trade and Finance, WTO

In 2020, developments in trade and trade finance were driven by the global impact of the COVID-19 pandemic. The collapse in global economic activity in the second quarter of 2020 has (mainly) been the outcome of sharp declines of both demand and supply of services domestically and internationally. Domestic retail and wholesale trade, tourism, travel, hospitality, entertainment and cultural activities, and the many services activities requiring face-to-face interactions, have been the most affected by lockdowns. In developed countries, domestic and international services account for 80% of GDP, 50-70% in developing countries. The demand for manufacturing goods fell in that second quarter too, but not to the same extent. By contrast with the global financial crisis (GFC), when most of the developing world continued to record GDP growth, the 2020 recession affected countries at all levels of development.

These developments have been reflected in international trade statistics. At the end of the third quarter of 2020, world trade in commercial services was 24% below 2019 levels, following a record 30% record drop in the second quarter of 2020 (table 2). Prospects for recovery have been rather moderate since a second wave of COVID-19 infections necessitated new lockdown measures in many countries during winter 2020-21, with tightened restrictions on travel and related services extending into the first quarter of 2021. Statistics also confirm earlier expectations that services trade would be harder hit by the pandemic than goods trade, which was only down 5% on average year-on-year at the end of the third quarter of 2020 (table 1). Foregone expenditures on tradeable services may have been directed elsewhere, with consumers shifting to goods instead.

End-year 2020 results for global trade will soon be available. International organisations' latest forecasts, including the WTO, foresee an overall fall of global merchandise trade and services of between -7% to -10%. The baseline scenario for 2021 is one of relatively robust recovery (in the order of 6-8% growth) but forecasts will be revised in the spring to take account of the pace of vaccination and of global demand.

Trade finance data lacking, but demand for support up

Unfortunately, it is not possible to compare trade and trade finance data, because there is still no single, comprehensive set of consolidated statistics for trade finance. Since the GFC of 2008-9, international professional associations such as the Berne Union and others have made substantial efforts to collect reliable and comprehensive data in their own area of activity. However, data on bank-intermediated trade finance, whether structured finance (letters of credit and the like) or supply chain finance, are still lagging. They account for the bulk of trade finance transactions. In 2014, they had been estimated by the Bank of International Settlements to be in the order of $6.5 to $8 trillion for the year 2011. In any case, for 2020, it is impossible to say precisely whether globally the supply of trade finance had fallen more than trade, hence contributing specifically to that fall in trade flows.

However, many prominent financial institutions which are specialised in mitigating cross-border trade finance risks, such as ECAs and multilateral development banks (MDBs), have reported a sudden increase in the demand for their services and facilities, with, in some cases and countries, support being vital to keeping the channels of trade open at the height of the pandemic. Unsurprisingly, demand was the highest in the countries in which the ‘trade finance gaps’ at the onset of the pandemic were known to be high – notably low-income countries. As in previous crises, their few existing finance and confirmation lines dried up quickly.

Elsewhere, the situation has been different. At the height of the pandemic, during lockdowns, producers and traders involved in global supply chains dealt with a significant disruption of supply channels, operational difficulties of shipping merchandise, and difficulties in channelling trade, customs, ports documents necessary to process transactions physically and financially. They eventually adapted, finding creative, temporary, and second-best solutions to overcome these challenges. The situation eased somewhat on the main routes of trade during summer 2020, at the end of the first wave of lockdowns. At the same time, it became clear for many economic operators, including trade finance providers, that the health crisis was going to last longer, and that one-off extensions of the terms of payments by creditors would be insufficient to deal with a much longer period of strain. Bankers and trade financiers anticipated payment difficulties and failures which would go beyond the sectors initially impacted by the pandemic (airlines, aeronautics, tourism etc).

In many countries, sovereign risk deteriorated along with corporate risk, resulting in increased caution towards cross-border lending. One must acknowledge that the financial sector has supported core customers during difficult times – they were in a much better position to do so than during the GFC. But domestically, the demand for banks' lending was so high that it also explains the greater reluctance to engage in cross-border trade operations.

In this background, the WTO has raised the profile of trade finance at a decision-making level, as one of the many pressing issues requiring international support and cooperation. On July 1, 2020, the then Director General of the WTO issued a joint statement with six other heads of MDBs, pledging greater coordination in providing support to trade finance markets, particularly towards developing countries. In parallel, the Director General pledged to work with the private sector (the International Chamber of Commerce and the B20) with the same aim of pooling resources and supporting trade finance markets. The presence of public actors in markets has been very visible, and it gave a stabilising effect to markets.

In November 2020, the WTO raised the issue of trade finance again, this time before G20 Leaders, pleading for extended efforts in favour of trade finance into 2021. Challenges for 2021 include supporting imports and exports of vaccines against COVID-19, and thus keeping encouraging the recovery of trade flows as a central part of the recovery. All actors are well aware of these challenges. The good news is that they are remaining engaged.

This article represents the opinion of the author. It is not meant to represent the position or opinions of the WTO or its Members, nor the official position of any staff members. Any errors are the fault of the author.