Greensill Capital’s recent problems have highlighted the many different products and industries that were somehow featured in its structures. Supply chain finance and credit insurance were dragged into the discussion. Based solely on public information, we will try to reconstruct what happened in Greensill, how this relates to insurance, and what the insurance industry should do in light of these events 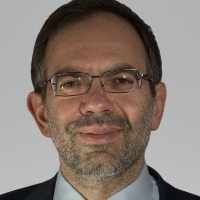 The case of Greensill Capital, as for many previous significant situations such as Enron and the 2008 global financial crisis, highlights complex structuring issues with little transparency. Little is known about the composition of actual assets/structures that were financed. Public reports, however, indicate there was some mixture of genuine supply chain finance (SCF) deals, longer-term financing, what appeared to be related party transactions, and essentially unsecured funding that was referred as ‘future receivables’ (not to be confused with genuine project finance under long term contracts).

The transactions were packed through several SPVs and eventually ended up in several funds run by Credit Suisse (CS) and GAM and on the books of a German bank owned by the group. The funds themselves were rated by Moody's and marketed to investors. Critically, the ratings agency stated, "The A-bf rating is based both on the credit rating of the investment-grade receivables and on the insurance financial strength of the insurance companies that provide trade credit insurance policies." Later disclosure indicates the fund manager (bank) was a loss payee, and probably only had limited visibility on what was insured. It is also unclear as to what extend the ratings agency analysed the particulars of the insurance cover.

Greensill’s collapse was partly triggered by its credit insurance policies' expiry and an unsuccessful attempt to force the renewal through the Australian court. Once the fund manager (CS) saw insurance was terminated, they suspended funds, BaFin started looking into the German bank, the ratings agency eventually suspended its ratings, and ultimately, Greensill went into administration. Until that moment, it seems most of the parties took very little interest in what was actually insured or what were the policy terms. The only questions mentioned in the press were on insurance termination and the concentration of the insurance pool. It was only recently that policy validity and compliance questions came into public light, and Tokio Marine HCC started talking about being 'ready to protect its interests in court as required.'

Insurers and banks are natural partners on trade finance deals. Since the end of the Second World War, the insurance industry accumulated massive experience of underwriting trade risk, which became common practice for corporates, especially in Europe. Unlike banks, insurers had higher risk tolerance and broader reach than banks in accessing open-ended trade risks. With new banking regulations (Basel III) it became even more challenging for the banks to extend non-investment grade trade credit (as their risk models were calibrated on other asset classes). At the same time, insurers were more reliant on the actual credit losses, which show remarkable resilience even during a financial crisis like 2008 (one can just compare the performance of trade credit insurers with, for example, the monolines period).

So, insurers that traditionally provided most of the programmes for suppliers (with banks financing these on the back of such programmes) started actively looking at banks as the insured clients. While there was a lot of historical mistrust from banks, ratings agencies, and regulators (coming back to Enron-related litigation between JP Morgan and insurers), much ground in terms of acceptable wordings was covered in recent years by associations such as ITFA. Eventually, many regulators started to have a more favorable view of insurance as part of bank financing structures. The rapid growth of SCF structures created a fertile ground for bank/insurer cooperation and started towards non-bank lending, funds, and fintech.

What are the issues highlighted in the Greensill situation, and what can the insurance industry do about it?

While the Greensill situation has created some tensions and uncertainties as to the use of credit insurance in financing structures, there is an opportunity in every crisis. Working with solid and competent partners (banks and other types of insurers), pushing for transparent structures, efficient disclosure, and thoughtful product features should allow insurers to remain significant players in different types of trade finance and eventually grow market presence. Proactively highlighting the risks and an ongoing dialogue with the financial industry, regulators, and ratings agencies (including clear guidance for the ways products are used) may open the way to significant industry growth over time but will require efficient and pro-active actions from all participants.