Transparent exporting in a post-Brexit world

Exporters have a key role to play in the stand against bribery and corruption and to meet the governance elements of ESG in a post-Brexit world, but they may need more help from government. Mark Norris, Deputy Chair of BExA and Partner at Sullivan investigates 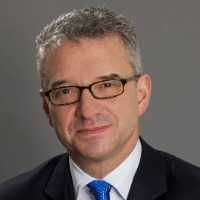 Exporters continue to show that they are adaptable to whatever circumstances throw up. Be it the COVID-19 pandemic, the UK’s withdrawal from the EU or increased statutory obligations. Following the UK’s withdrawal from the EU, UK exporters have been encouraged to look at new markets. The UK government has set out that it wants the UK to be ‘the investment partner of choice for Africa’.

Increasing trade with growth and developing countries will not only benefit UK exporters but is widely recognised as an effective method of meeting the United Nation’s Sustainable Development Goals (SDGs).

With new markets come new challenges. For example, Sub-Saharan Africa is the lowest performing region on Transparency International’s Corruption Perception Index – and is showing little improvement year on year. This presents a significant obstacle to exporters. For exporters one of the key issues from a governance perspective is bribery and corruption.

Disturbingly, Transparency International’s ‘Global Corruption Barometer – Africa’ highlighted that more than one out of four people – around 130 million people in the 35 African countries surveyed – had paid a bribe to access essential public services such as health care and education. Not surprisingly the UN has highlighted bribery and corruption is of ‘one of the biggest impediments to achieving the SDGs.’

Exporters have an important role to play in combatting bribery and corruption. Organisations such as the British Exporters Association (BExA) not only lobby government to provide support for exporters but also work with exporters to help them meet the challenges in exporting. BExA believes that governments can do more to assist exporters, particularly SME exporters, meet the challenges of bribery and corruption.

To ensure that the cost of compliance does not become a barrier to exporting, governments need to be more pro-active in supporting exporters. A particular need in those target regions which rank poorly in Transparency International’s Corruption Perception Index is for Embassies and High Commissions to have easily accessible dedicated resources to assist – ideally with dedicated ‘hotlines’.

In the UK, while departments such as the Ministry of Justice provide guidance, such guidance can only ever provide limited support. The House of Lords in its 2019 post-legislative scrutiny of the Bribery Act 2010 found that the Ministry of Justice Guidance was less successful in providing SMEs with the information and advice they need to enable them to decide on a formal anti-bribery policy.

It is not just with the policies and procedures that exporters need to have in place where exporters would welcome more assistance – it is also with the combatting of specific incidents of bribery and corruption. This is an area where BExA believes that government should be more innovative.

The US has a procedure where the US Department of Justice (the DOJ) can issue Foreign Corrupt Practices Act (FCPA) Opinions on specific situations. Although little used (last year the DOJ issued its first Opinion in six years) this could provide the basis of a useful mechanism for exporters.

The FCPA Opinion Procedure allows US ‘issuers and domestic concerns’ to request an opinion from the DOJ ‘as to whether certain specified, prospective – not hypothetical conduct – conforms with the DOJ’s ‘enforcement policies regarding the [FCPA’s] anti-bribery provisions.’

A favourable FCPA Opinion creates a rebuttable presumption that the requesting company’s conduct complies with the FCPA’s anti-bribery provisions. Particularly useful is the fact that these FCPA Opinions are then published on an anonymised basis to provide guidance to others.

The House of Lords in its post-legislative scrutiny of the Bribery Act 2010 considered whether it would be appropriate to have a similar procedure in the UK but was not supportive. Monty Raphael QC in his evidence to the House of Lords Committee highlighted the challenge faced by SMEs and the SFO’s position on issuing opinions – that companies should instead, “bloody well go and get their own advice from their very expensive ritzy experts... I am not here to give advice,” (David Green CB QC).

Although the FCPA Opinion Procedure is used infrequently (and there are specific reasons for this) BExA believes that the UK government should be looking to develop a procedure along these lines to support exporters. Exporters are committed to ESG but this comes at a cost and here governments can assist. Particularly as exporters are being encouraged to look at new markets with very high bribery and corruption risks. Government departments can and must do more.

Proactive government support for exporters to address the bribery and corruption challenges when exporting to countries with high perceived levels of corruption will not only assist exporters but will make a significant contribution to helping meet the UN’s SDGs through good governance, job creation and increased trade.