Will the rising tide of commodity prices lift all ships of structured commodity trade finance? Or are too many of those commodity ships already holed below the water-line? Time to catch the tide. 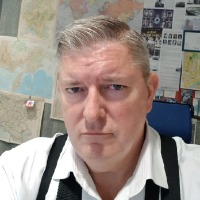 After a distinctly challenging 2019/2020, commodity prices have been back on the up for the last few months. What does this  mean for the structured commodity trade finance (SCTF) market?

More than a dozen sizeable commodity traders have failed over the last 18 months, relatively quickly on the heels of the 2015/16 commodity price downturn which prompted its own wave of debt restructurings, and now a number of funds join the collapse. The direct correlation between low commodity prices, and increased discovery of fraud, also of financial insolvency, among commodity corporates, has not helped.

I’ve always said we need at least a half decent crisis for people to be willing to give us structure, security and pricing, in return for finance, but the current wave of ensuing arbitration and litigation engulfs banks, funds and insurers in doubt about the product.

Part of the challenge is that, as world trade in goods these days moves increasingly to open account, at the same time, regulators require their banks to prefer forward looking balance sheet modelling to the traditional risk mitigation techniques of commodity trade finance.

Accelerating the latest squeeze was IFRS 9 implementation in January 2018, requiring early recognition of impairment, with the Basel committee going the same way on ‘Non Performing Assets’. This has largely robbed the banks of any incentive or inclination to try to workout problem loans, as revenues are put to ‘zero accrual’ while Risk Weighted Assets are inflated by downgrading, to exceed the actual exposure. Even insurance payouts are now poorly treated in the bank’s balance sheet so long as a restructuring is on the table. Increasingly banks simply sell the exposure.

The regulatory outlook is no better with the draft of ‘Basel IV’, out since 2018, which demands a ‘one size fits all’ 120% weighting for commodities finance. Combined with an effective abandonment of regulatory recognition of transactional collateral since around 2015, this has pushed many high-profile erstwhile long-standing ‘commodity’ banks to exit the sector since 2020, taking a number of insurers and funds with them. All will miss the sort of infrastructure for collateral management and workout we used to take for granted from the old commodity banks, but at least Fintech in trade promises solutions to the universal fraud challenge.

Commodity prices took an almighty battering even before COVID-19 came along to torpedo all previous forecasts, but now ‘Dr Copper’ is double the levels of a year ago, at over $9,000 pmt. At the beginning of April 2020 we were looking at $80 iron ore (down from $123 in July 2019), yet we see $168 at the time of writing, so again the price has doubled. With crude oil, I concede we all had a moment of panic when US prices actually went negative last year, a development never before seen in recorded history, but today’s Brent crude price in the $60s means that pretty much all producers are again profitable. Agri commodities are not quite double: Soya is at $14 compared to around $8 a year ago; sugar is around 16 cents per pound up from 10c a year ago (and saw 19c this February) so Agri/Softs maybe have further to go to catch the rest of the commodity complex. Volatility, meanwhile, has been good for many traders, with the survivors meanwhile posting record results.

Looking at equity prices, non-oil equities have gone up tremendously well. One outperformer, who I’d probably better not name, but they’re in Ukraine, is up by 84% year on year. The oil sector rather lags this stock market enthusiasm. Last year’s negative prices clearly still weigh upon the sector, as does the prospect of ‘electric everything’ by 2025/35/40/60 – depending on whos’ hype we believe. However, I see the reports of the death of oil as rather exaggerated. The same was already said of coal in the 1990s, and that has also doubled in the last 12 months.

Too soon to celebrate another supercycle in SCTF?

This week already Al Jazeira pronounced the new commodity supercycle, which is a bit like hearing it from a London taxi driver. The first two supercycles in my lifetime were 30 years apart, so to see a third only another six or so years later feels instinctively a little early, but who knows? I hesitate to forecast, but commodities lead every cycle, and we already had the down-cycle last year. This year we get stimulus packages in the US, EU and elsewhere, and let’s face it, China seems to have been back to normal service for some time, which means being pretty much half of all commodity production and consumption all on their own.

If history teaches us anything about commodities, it is that next year we will still need them. There will be trade, only the level is open to dispute. There’s certainly been an inflection point which has seen many banks, also funds, ‘retire hurt’ from the game. The distressed debt sharks certainly smell blood in the water, and I have to concede they have a great business model given high recovery rates in the non-synthetic SCTF business.

Conversely, I do see ‘market opportunity’ opening up before us, rather like in 1999/2000. Successive tsunamis batter the market, leaving many high and dry, exposing the shamsters and the shysters who had collected like so many barnacles on the bottom of the business, blinking in the light, but people still need to import, and export, physical commodities. That will still require finance, and insurance. I put money on the cost of both going up, tenors coming down, and structures getting stronger. Much better to enter the SCTF market just after a crisis, than just before one. For a while there will even be less competition. For those still onboard, it’s time to catch the tide.